From his 1st appearance, Spider-Man wore a costume. He had a lot of costumes like classic red and blue costume, the black costume, the armor costume, Ben Reilly’s scarlet costume, Iron Spider costume and much more. But, which is the coolest costume of all spider-man costumes EVER? 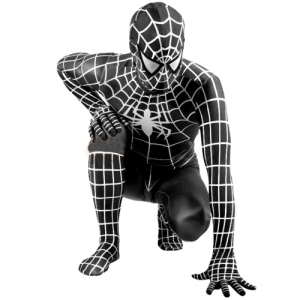 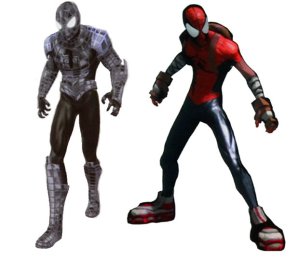 As the Spider-Man in the year of 2099, Miguel O’ Hara wore a costume similar to Spider-Man’s Costume, but with a more skull-like spider and bluer throughout. This Spider-Man 2099 costume was made of Unstable Molecule Fabric (similar to the Fantastic Four Costumes) and also featured a cape made of a web-like material and a different skull-like mask. The 2099 Spider-Man is also the only playable character who is not an alternate universed Peter Parker in Spider-Man Shattered Dimensions.

Spider-Man 2099 was the concept of Peter David and Rick Leonardi back in 1992, much of the fame from the 2099 Spidey Suit is its monstrous likeness. It also appears to carry traits of the evolved Venom look, like claws, spinnerets on the backs of the hands, and the jagged, thorny fins on the forearms and legs. One unique trait of this uniform was the web-based air-foils that streamed from O’Hara’s underarms to his back; this may have been idealized from the Spider-Man Costume of the 60’s onward who had webbing under his arms (although they eventually disappeared). Even though these additions allowed the hero to glide through the air, they were an accidental part of the costume which Miguel received through affiliation with Thorites, a group of radicals that believed Thor would eventually return to their time.